Getting there and Eats

Decided to take a ferry over to Uruguay for the night. The other option is by bus; however it was a 12 hour night bus going to a worst location for about the same price. $35US each way. There are 2 city options by ferry; Colonial Del Sacramento and Montevideo which is a bit further and a little more expensive of a ride. When I looked them both up neither one seemed like destinations I just couldn’t live without, so I chose the cheaper option. There are at least 2 ferry companies that make the route. Colonial Express and Buquebus. Colonial is by far the cheapest and prices seem to vary widely depending on how you search. I found that if you go directly to the website https:\\coloniawxpress.com you could find the cheapest rates. They offer one way for about 900AP ($21US) however they were sold out of the cheapest option for my dates. I ended up getting a round trip for about $65US while most all-in-one ferry ticket searches were asking $84US for the round trip to colonial and $98 to Montevideo. Apparently if you go to the ticket counter in person the cheap tickets can still be found after they’ve disappeared on the internet. 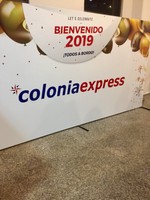 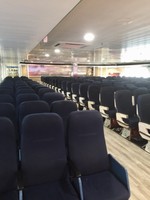 I must admit I was a bit pleasantly surprised at the beauty and quaintness of the town upon arrival. It’s quite gorgeous and I saw one of the prettiest sunsets in all of the year and a half I’ve been traveling now. After reading reviews of the place and the food I wasn’t expecting a whole lot. Maybe it was the lowered expectations that made it seem a little better. The reviews state expensive food that isn’t good and absolutely nothing to do. They are right about not much to do; however arriving with that mindset kind of put me in the mood to just relax. 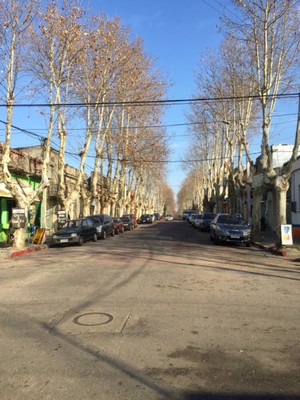 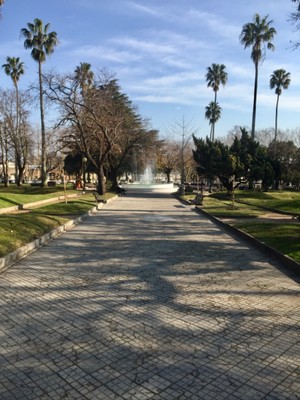 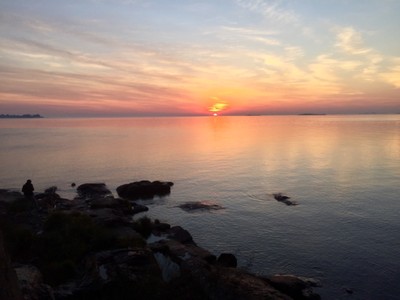 The best way to relate the town is that it’s kind of a cruise ship kind of town that caters to high volumes of tourists arriving by ferry daily. However, it was winter and slow season. Key West is a small cruise ship town and like Colonial has tourist traps with high priced bad food. That doesn’t mean there’s no good deals or tasty food to be found.

Don Peperone: my first food stop in Uruguay. I hadn’t read any reviews and it was rather early for me to be hungry (11am) however I needed something to eat so after strolling around a good part of the town checking out menus I pulled in here. The place was empty however all the tables were nicely set with an L shaped dining room and a small courtyard. It was chilly outside so we sat at a table inside near the bar. The waiter came over; handed us the menus and told us pizza couldn’t be ordered until after 1pm. Oddly enough I was in the mood for a pizza; however I settled on the Peperone Hamburgeusa. I was just being told back at the hotel by somewhat of a local that the food sucked in town and the fries are always undercooked. The burger arrived fairly soon after we ordered it and it looked amazing. I’ll include a picture on the blog. Wow, it really surprised me with its presentation stacked high all kept together by a toothpick with a rounded tomato on top. It had cheese, an egg, marmalade, creole mustard and a good sized patty. It looked intimidating to keep together. All in all it didn’t disappoint and the fries were plentiful and perfectly cooked. Burger and fries 320UP (just under $9US). Oh, and then you get to take off 18% for paying with a credit card. I’m guessing the currency must be fickle because everywhere in town offered about 20% off if you used a card. Fine by me, because the exchange rates were terrible for the Argentinian peso. 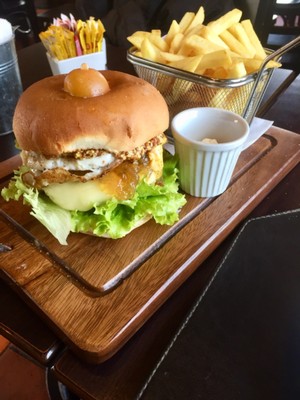 Napo: After the pleasantly surprising lunch I really debated on where and what to eat for my only dinner here. After walking to several places to check out the atmosphere and menus I rescinded on this little Italian pizza place. I arrived at 7:55 to find locked doors. The waiter pointed to his watch through the glass door. So, I waited with another couple outside for the necessary 5 minutes. The doors opened and I walked in and found a seat near a window and was handed a menu. Within 3 minutes all tables in the small place were filled and I knew I had picked the right place. I took the waitresses suggestion on a pizza that is 10” in diameter and I ordered a half bottle of wine since they didn’t offer cups. It came rather quickly with generous sauce and really fresh basil leaves scattered about with a huge ball of freshly made mozzarella smack dab in the middle of the pizza. I dug in. The crust was well prepared, cooked and was really fresh as well. More and more people crowded in as I ate to the point there was a line starting to form. The two guys in the kitchen were fast because the line never got long; yet there were no empty tables. After credit card discount (apparently you get 18-20% discount if you use a card, must have to do with the exchange rates) and adding tip $75UP it came out to be $689UP for a good sized fresh pizza and a half bottle of wine. ($18US) 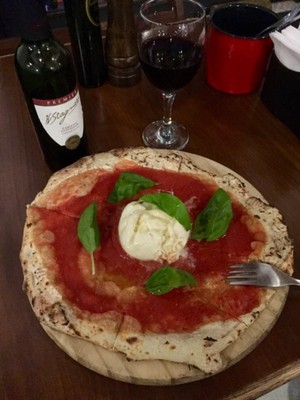 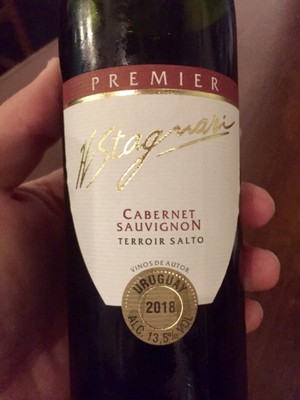 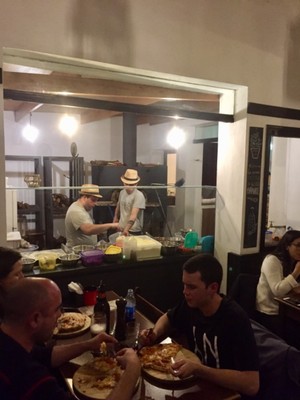 Faro/Lighthouse: apparently the main attraction in town. 111 steps to the top and has the best view of the town. Looks like it got crowded around sunset; yet there are countless restaurants with great seats on the coast for sunset. And no, Colonial doesn’t actually have a coastline it’s a river bank, it just happens to be a river that 110km wide. The lighthouse fees are as follows: 30 Uruguay pesos or 69 Argentinian 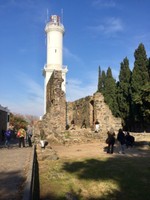 Bortolot: stopped in for a late night cheesecake and coffee. The two girls behind the counter were cheerful and very friendly. Cheesecake was light with an almost yellow cake consistency. A very different cheesecake to say the least. Wasn’t bad; just strange to me. The strawberry topping was quite tasty and super fresh. I’m not a coffee connoisseur so I’ll just say it tasted like coffee. 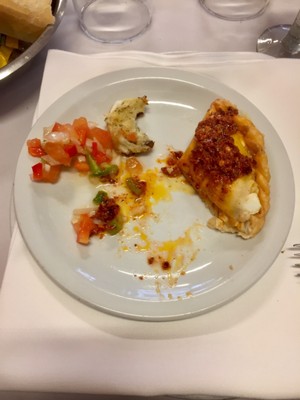 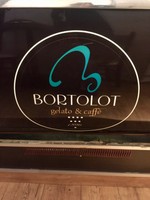 There’s a piano bar in town I wanted to check out; the doors were still locked at 10pm on Friday night. Maybe it’s because of the slow season. There was also a pub/dance club that looked interesting it was just a bit further than I felt like walking after dinner and dessert. All in all I think it could have some decent nightlife during busy season.

Previous Next Table of contents

Comments on this blog entry are now closed to non-Travellerspoint members. You can still leave a comment if you are a member of Travellerspoint.

If you aren't a member of Travellerspoint yet, you can join for free.